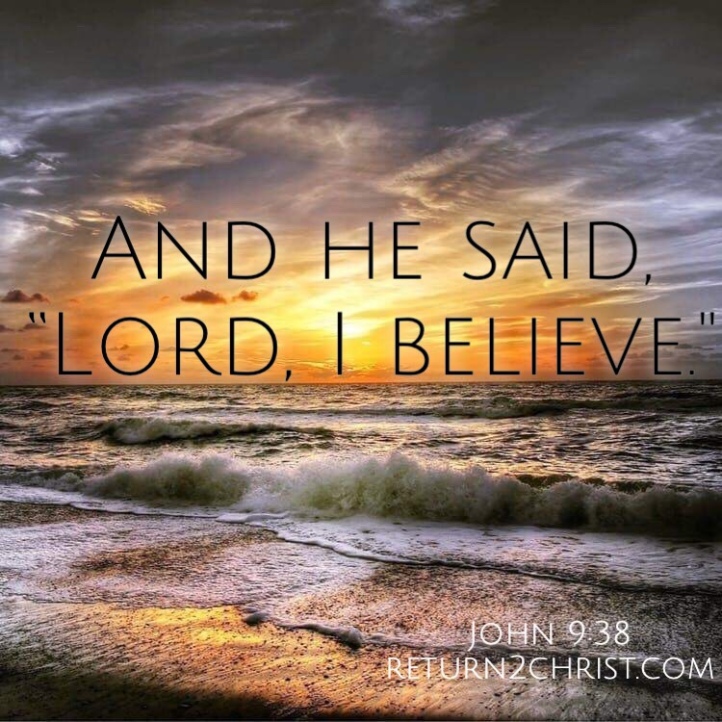 When Christ gave sight to a blind man and healed him on the Sabbath day, the Pharisees were outraged. They reviled the healed man and his parents. They repeatedly asked them questions regarding Jesus, and the process of the healing. The healed man responded: “I have told you already, and ye did not hear: wherefore, would ye hear it again? Will ye also be his disciples?”

The crowd continued to doubt the validity of Christ and His power- they doubted that Jesus was the Son of God.

The crowd then rebuked the healed man and cast him out.

Christ then found the man and spoke with him.

“Do you believe on the Son of God?” Jesus asked.

The healed man replied, “Who is He, Lord, that I might believe on Him?”

Jesus responded: “Thou hast seen Him, and it is He that talketh with thee.”

At this point, the healed man fell to his knees, looked at the Son of God and said:

What a beautiful story of belief this is- a story that teaches us that, in the end, it does not matter what the crowd thinks of us. What really matters is our own individual belief of Jesus, and our own relationship with Him- with the Savior, the Redeemer, the Messiah.