Be made whole again. 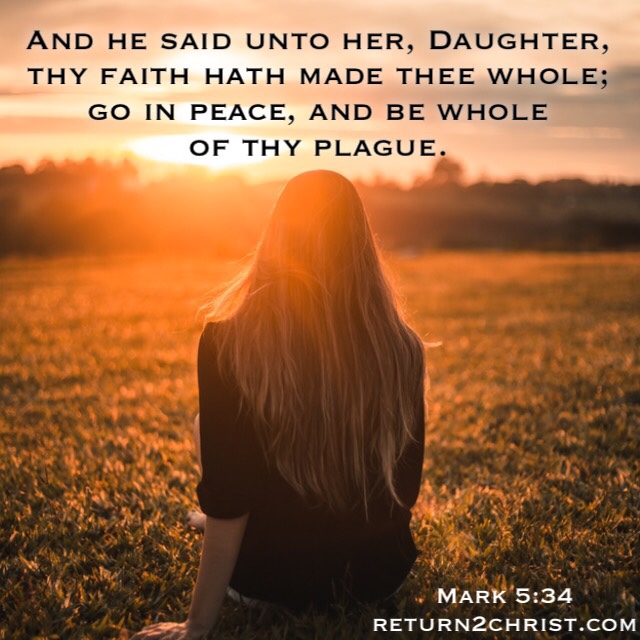 When Jesus was walking to the home of Jairus, a crowd formed and began to walk with him. Amongst the crowd that day was a woman suffering from a blood disorder. She had suffered from this illness for 12 years. The treatments the physicians provided only caused more suffering and pain. The condition continued to become worse.

This woman knew of Christ and his power to heal. Her faith was so great- she knew that if she could just touch his clothes, she would be healed.

She pressed on through the multitude. She reached for the Savior. She touched his garment. Immediately, she was made whole. Miraculously, she was healed of her plague.

Jesus knew that someone had touched him. He asked the crowd who it was. The woman, afraid that she’d done something wrong, fell down before the Savior in fear. She told him her story of pain, sickness, and suffering. She told him of her faith- she knew that if she could but only touch his clothes, she would be made whole again.

Christ comforted the woman, and assured her that it was her faith that made her whole. He lovingly told her to go in peace, and he continued on his way.

In our times of need, do we reach out for the Savior? Do we approach him in great faith, just as the woman did?

If you are in need of help, please exercise your faith and reach out to the Savior. He helps those who are broken to be made whole again.